We give emotional and practical help to people who have been affected by crime in Devon and Cornwall.

We are an independent charity and you can contact us for support regardless of whether you've contacted the Police, and no matter how long ago the crime took place. We'll help you for as long as it takes to overcome the impact of crime. 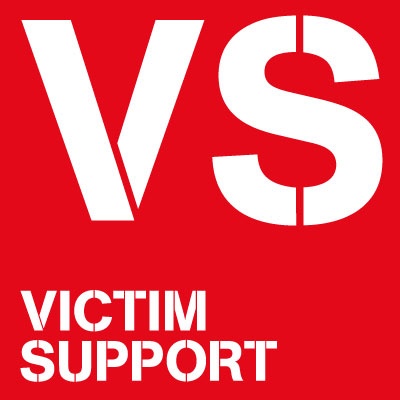 If you call your local Victim Support Team, we'll make sure you get the information and support you need. This might be arranging for you to either speak to a supporter on the telephone or a meeting for you to talk to us and receive emotional support in confidence, helping you to fill out a compensation form or get advice on how to make your home more secure, or referring you to other specialist organisations that can also help.

For practical help we can send you items that might help you feel safer, such as a personal alarm, at no cost to you.

Get help from your local team

If you want to contact Victim Support directly or do not want to report to the police, you can get help from your local team.

If you need support outside of our open hours, call our Support line for free on 0808 1689 111 or request support via our website.

Sarah* came to Devon and Cornwall Victim Support after she was physically attacked by two men she didn't know. When she felt she could trust us, she revealed that her attackers had sexually assaulted her and that she'd also been sexually assaulted when she was eight years old. Here, Sarah describes how Victim Support volunteers Tom and Tracy helped her through the most challenging time of her life - and inspired her to volunteer herself in the future.

I first met Tom at my local police station. He reassured me that I could tell him things in my own time and if I wanted to cry or get angry, that was fine - he wouldn't judge me. He explained that everything was confidential, but if anything alarming came up he would have to go through the right channels and refer me on. After our meeting I felt quite relieved that I'd got some things off my chest, but at that point I still hadn't told Tom everything.

It was a huge, huge step for me to reveal everything to Tom. After just a few sessions I told him I'd been sexually assaulted, not just recently by my attackers, but also by a cousin when I was eight.  Because it had happened again, I thought it must be my fault. It was a massive thing for me to tell Tom - it shows what a good rapport we had, how much I trusted him. He was amazing. Looking back, I think he had an idea that I'd kept things from him, but he let me reveal it in my own time.

Tom was so helpful. Immediately he explained that he would have to share what I'd told him so that he could get me the right support. Because he didn't have specialist training in sexual abuse, he told me that he'd have to pass me on to a Victim Support volunteer that did. So at our next meeting, he introduced me to Tracy, who took over from there.

Tracy was amazing too. I talked to her in a lot more detail about what I'd gone through. She helped me get referred to the Women's Rape and Sexual Assault Centre and through them I met my support worker Maria. Tracy also told me about therapy, which she thought might help with my terrible anxiety and flashbacks. She helped me talk to my children's school to make sure they were safe, and she got me a panic alarm so that I'd feel more confident about leaving my house.

When you're anxious, you rely so much on hope. I'd been waiting by the phone, waiting for the police to call and tell me they'd caught the offenders, that they were going to court and going to prison. In a very calm, very gentle way, Tracy helped me see the reality; because I didn't know the offenders' names, it would be harder to catch them, and the case might not be strong enough to go to court. She helped me go down a different path - I realised that if they were caught, it was a bonus. If they confessed, it was another bonus. But if it didn't go to court, I had to find a way to leave my house and not let them affect my life. Whatever happened, I knew Tracy would still be there to support me.

The best thing about Victim Support was that I didn't feel so alone. There are issues with my case that mean I can't talk about it with friends. I'm extremely close to my dad but he had a stroke last year and I couldn't go to him with what had happened - the worry would have killed him. I couldn't speak to my mother either. So Tracy and Tom filled that gap - they gave me the emotional support that I couldn't get from my parents.

I hate to think what could have happened if it hadn't been for Victim Support. I was so fearful for my kids, so fearful for my own safety - I even wrote letters and 18th birthday cards to my children because I thought I was going to die. Without Tom and Tracy, I wouldn't have got through it. I'd have been an absolute mess and that would have been no good for my children.

I feel much better now. I've been getting therapy and if I scored my anxiety, I'd say it's down from a nine to a two which is amazing. Now what I feel is a sort of bereavement - grief for what happened to me. I'm back at work now and that's a big step after so many months off.

Because Victim Support helped me so much, I want to put something back in. I've still got a little way to go, but when I feel 100% I want to become a volunteer with Victim Support so that I can help someone else the way Tom and Tracy helped me. I think they did a brilliant job and they should give themselves a pat on the back.

*Not her real name.