Soundhouse Brass is a thriving and enthusiastic group of brass bands based in Plymouth, Devon. 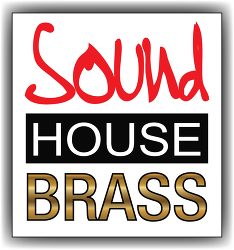 Soundhouse Brass is a thriving and enthusiastic group of brass bands based in Plymouth, Devon. The Soundhouse Group is made up of:-

Formed over 90 years ago, the Soundhouse Brass was originally known as the Plymouth City Mission Band.  The present title was introduced in 2002 following a move to the purpose built music facility in The Soundhouse at Tor Bridge High Academy, Plymouth.

The bands perform at a range of events and concerts throughout the year, and also take part in various brass band competitions across the south west.

Soundhouse Brass are an incredibly friendly band and are proud to have over 100 playing members in the group. We welcome new players to our senior band, academy band and training band. If you are interested in joining then don't hesitate to contact us.